The second cooking class of the Seasonal Series was aptly named “A September Harvest”. I was especially excited about this menu, as I am very fond of both squash and apples! Here’s what we enjoyed:

The squash was delivered by Shannon Vanlenthe, aka the Squash Queen, who I knew would come up with a huge variety of squash for me to roast and simmer. Since I wasn’t able to use up all the squash she brought over, the remainder make up my new fall centrepiece! The flank steaks came from Bruce and Valve Forrest Farms, and were huge! Each steak came to over 2.5 lbs, making it a very tender London Broil. Thunder Oaks supplied some fabulous cheese for the salad. I found some sweet peaches and cream corn from Belluz’s red barn, which were so fresh that they only needed a few minutes on the BBQ to get that roasted flavour and they were soup-ready! A lovely couple from the Market (I wish I remembered which ones!) supplied the most crisp, tart apples for the baked apple dessert. And Queen Street Market introduced me to their microgreens, which not only became the base of our salad, but made a beautiful garnish on the flank steak. Of course, my garden helped fill in the blanks with garlic, onions and herbs. In all, I was so pleased with the collection of fresh local ingredients I had to work with.

While all of the courses were delicious, I have to say I was happiest with the baked apples. Thanks to Food and Drink magazine for their fall inspiration and liquor infused recipes, I found a fantastic stuffed apple recipe with mascarpone cheese (worth the extra money!) and rum soaked raisins. Actually, the recipe called for Cointreau, a variety of the Triple Sec liqueur, but I had Rum on hand, and Rum and raisins form a pretty great combination. Of course, there are limits to the alcohol flexibility. Don’t use Kahlua or Irish Cream. That would be weird. As for apples, make sure you use a crisp and tart kind, no soft flesh allowed. And find the biggest ones possible. So, here’s a lovely use of your fall apples…

To prepare earlier in the day: Combine raisins with rum, apple cider, cardamom and cinnamon stick. Cover and let stand at room temperature for at least 2 hours. Remove cinnamon stick.

Prepare apples by scooping out the insides from the top using a melon baller, leaving the bottoms intact. Peel in strips around the apple vertically. Arrange apples in a glass baking dish. Heat oven to 350 degrees.

In a small bowl, use a fork to crumble oats, sugar, flour, pecans and cinnamon together. Drizzle with melted butter and toss to combine. Divide among the apples and bake 15 more minutes, until crisp and golden.

Serve with whipped cream or on its own.

Anywho, here are some finger licking pics of the last class, just to make you jealous! 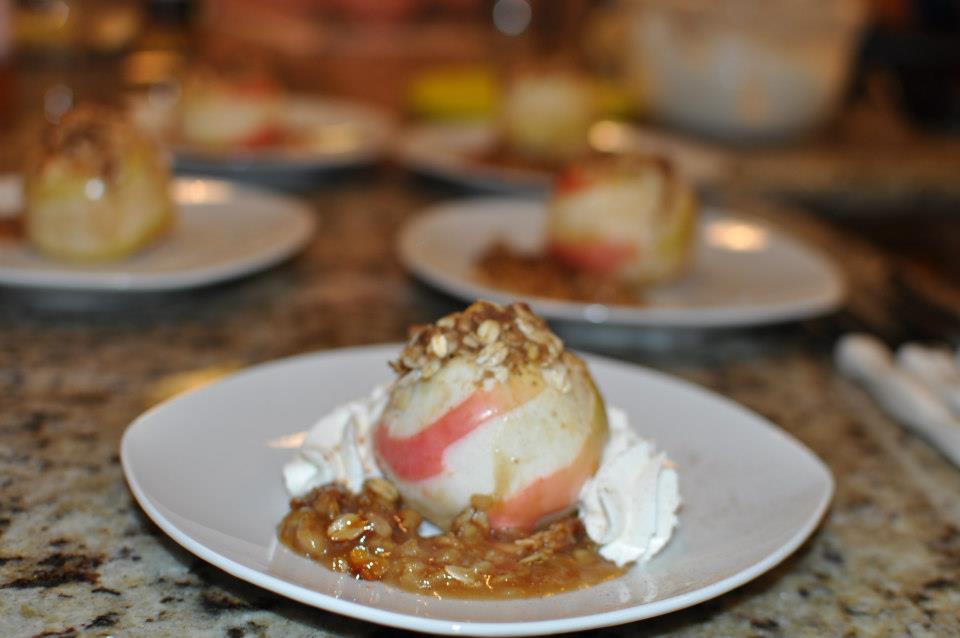 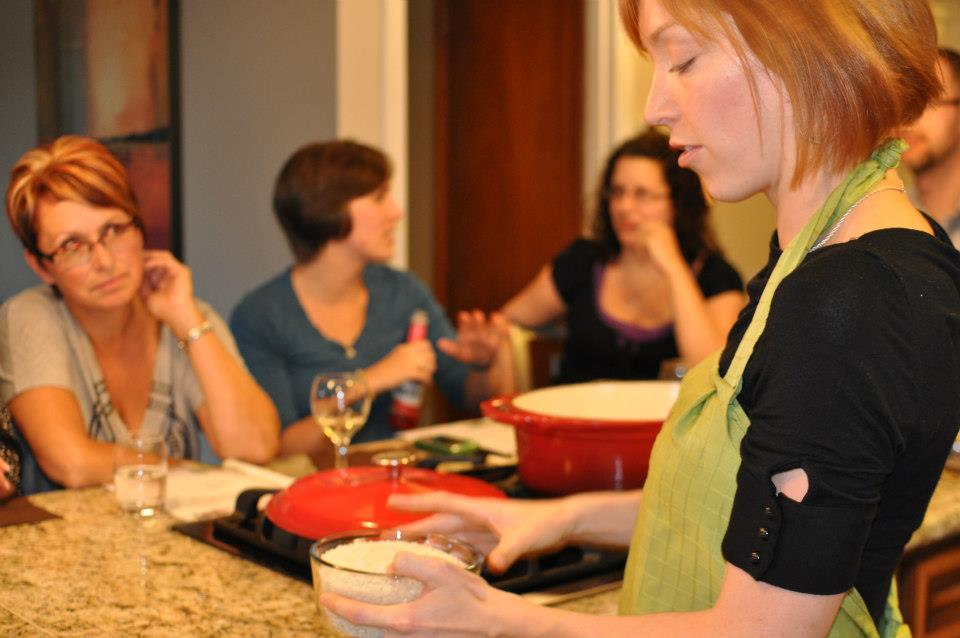 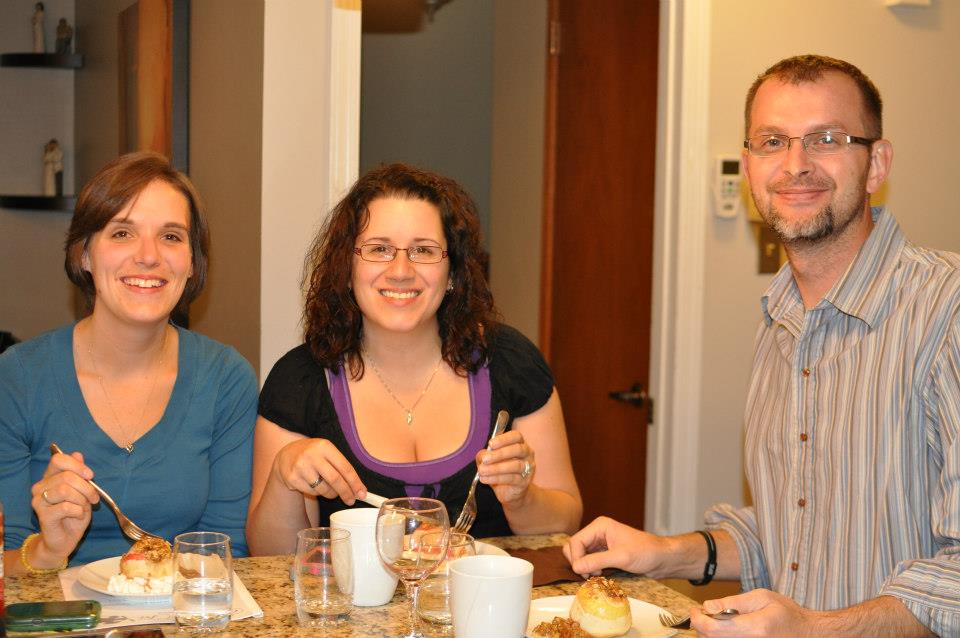 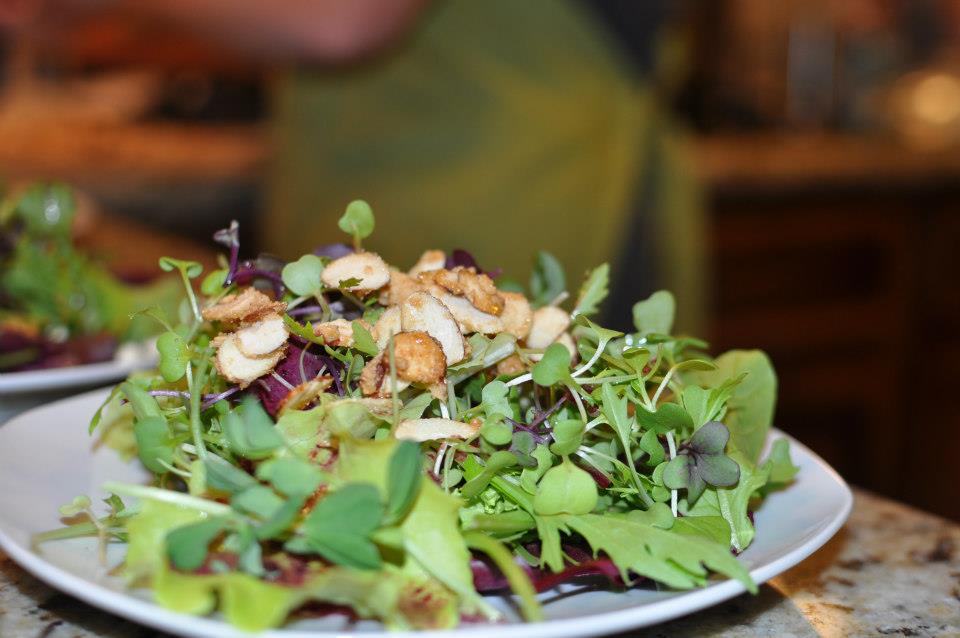 ← Community Garden a Success! The Crème of the Crop… →

This Site Is Protected By
ShieldPRO →